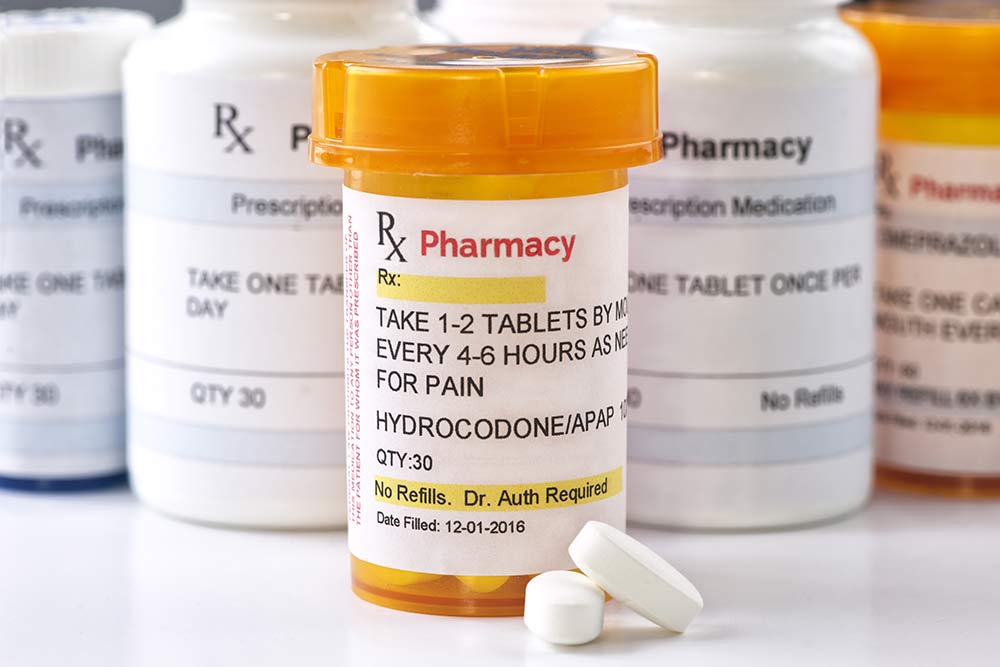 Vicodin is the name brand for a popular prescription painkiller medication that is a combination of the addictive opiate hydrocodone plus acetaminophen (the active ingredient in Tylenol). In recent years, Vicodin has also clocked in as the No. 1 most prescribed drug in America.

Among opiate medications, Vicodin is also reportedly the most abused. Such statistics make Vicodin a leading culprit behind the United States’ ballooning heroin and opiate addiction crisis—just this year, the National Safety Council called it “the deadliest drug epidemic on record in our nation’s history”—and help to explain why for many Americans and their families, detoxing from Vicodin is imperative. What follows are five things to know regarding professionally supervised Vicodin detox.

1. The prospects of a safe and successful Vicodin detox are very good.

The fact that Vicodin is the most prescribed opiate painkiller in this country probably correlates with a greater accumulation of evidence showing that many people also successfully complete detox from the drug, according to addiction psychiatrist Dr. Edward Zawadzski, who directs the medical treatment of clients at Beach House Center for Recovery. He says that “lots of people are able to stop their Vicodin use” and that detox is “not particularly worse than other opiates and may actually be easier than others.

2. Not detoxing from Vicodin can open the gate to experimenting with more potent and dangerous opiate drugs, including heroin.

In the world of prescription painkillers, Vicodin acts much like a “gateway drug,” opening the door to more risky drugs in the same vein as alcohol, cigarettes, and marijuana. Opiate abuse often starts with Vicodin only to graduate to more potent prescription painkillers such as oxycodone (brand name Oxycontin). One all-too-common end destination is heroin, as evidenced by the 2016 finding by the National Safety Council (in the same report cited earlier) that four out of five heroin users started their opiate abuse with a doctor-prescribed painkiller.

By Dr. Zawadzski’s observation, many clients who are in treatment for more potent prescription painkillers or for heroin started their drug abuse with Vicodin or another more commonly prescribed opiate drug. Vicodin’s shorter half-life of roughly four hours raises its potential for abuse, after all.

3. The timeline for Vicodin withdrawal is relatively short.

Clients who detox from Vicodin at Beach House Center for Recovery can expect to be completely rid of the drug and its toxins within a time span of 7–10 days.

During a controlled detox, the exact timeframe for detox (whether detox is seven days or longer) will depend on one’s dosage and tolerance levels. Someone who has been taking Vicodin for a longer period of time has probably developed a higher tolerance for the drug and may be on a higher dose (for example, 10 mg of Vicodin as opposed to 5 mg). They can encounter more severe withdrawal symptoms and can require a longer gradual tapering down as the body’s endorphins renormalize.

For most people with an opiate use disorder (OAU), Vicodin abuse results from an effort to cope with physical pain (whether acute or chronic). A doctor first prescribed them Vicodin with good intentions, but over time, Vicodin has come to seem the only solution for managing uncomfortable and often debilitating pain. “Hyperesthesia,” and, more specifically, “opioid-induced hyperalgesia” (OIH) are the medical terms that doctors use to describe this condition.

Exactly how this phenomenon happens at the molecular level is not entirely clear. Scientists have speculated that neuroplastic changes in the brain’s peripheral and central nervous systems are a cause, according to an article in the journal Pain Physician, which is the official publication of the American Society of Interventional Pain Physicians.

Detoxing from Vicodin can help these affected systems in the brain renormalize to a less highly sensitized equilibrium, as endorphins and neurotransmitters re-stabilize.

5. There is a Medication-Assisted Treatment (MAT) for Vicodin addiction that can significantly reduce cravings for the drug and can help recovering users successfully transition to Vicodin-free living with less fear of relapse.

The administration of Suboxone (or its generic equivalent buprenorphine) during detox (starting at two to three times a day and as a short-term intervention) can make recovery possible for many former Vicodin users. When introduced during drug detox and taken as directed—as part of a more comprehensive plan of substance abuse care that includes behavioral therapies for stress management—Suboxone has improved recovery rates. More specifics on Suboxone have been laid out by the Substance Abuse and Mental Health Services Administration.