The Addict Next Door: How Celebrating Recovery Can Break the Stigma 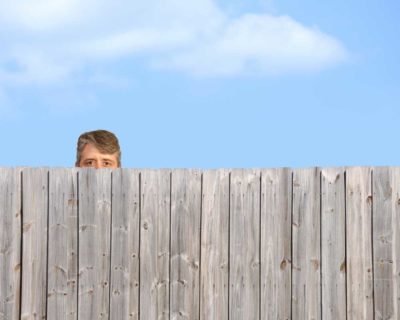 Drug and alcohol addiction is startlingly common in this country. So is the pervasive and persistent stigma of substance abuse, which assigns negative, often false stereotypes to people who suffer from the disease. When considered together, these two realities raise the possibility that the person next door, or right in front of you, is an addict—and looks nothing like what you might expect.

Meanwhile, as many as 10 percent of American adults reportedly count themselves in recovery; and it is anticipated that this percentage will grow as advances in addiction science and recent changes in healthcare and public policy open up treatment to millions more. This article will explore how celebrating recovery directly relates to breaking the drug abuse stigma and helping millions of Americans access much-needed treatment for their problem.

Statistics on drug abuse confirm that America faces an addiction epidemic. A 2012 report by Columbia University’s Center on Addiction and Substance Abuse found that 40 million Americans age 12 and over meet the clinical criteria for addiction involving nicotine, alcohol or other drugs. The same study concluded that another estimated 80 million Americans qualify as risky substance users, meaning they use tobacco, alcohol and other drugs in ways that threaten public health and safety.

Add these two figures together and you get a staggering total: 120 million Americans—just under one-third of the total U.S. population (reportedly 321 million in July 2015)—have a drug or alcohol problem ranging anywhere from mild to severe.

That makes it highly likely that someone you know—roughly one in three Americans after all—is struggling with drugs or alcohol. And chances are they look nothing like your stereotype of a so-called addict. They may be a friend, relative, coworker or neighbor. They may even live next door.

The Stigma of Addiction and Its Impact

The stigma of addiction helps to explain such misperceptions. Here, too, the statistics paint the picture—in this case, of stigma’s far-reaching and multi-faceted impact on the delivery of substance abuse treatment to those who stand most to benefit from recovery. For example, despite the growing consensus among scientists that addiction is a brain disease (and therefore like other disorders visibly recognizable on a brain scan), one-third of Americans evidently believe that substance abuse is the result of lack of willpower or self-control—in other words, a moral failing as opposed to a diagnosable condition.

That point of view accompanies others that depict addicts and their disease in pejorative ways. And, as a recent study on the nature and prevalence of stigmatization indicates, a great majority of Americans subscribe to these views:

Such overwhelmingly negative attitudes toward those with substance use disorders (SUDs) may account for the pessimism with which a majority of Americans also view treatment for addiction. The same study found 59 percent of Americans regard drug abuse treatment as largely ineffective in controlling SUD symptoms, when in fact, a report by the Substance Abuse and Mental Health Administration (SAMHSA) found otherwise. Receiving addiction treatment within 30 days of detox both greatly decreases the likelihood of relapse and increases the duration of successful sobriety from drugs and alcohol by 40 percent, the report concluded.

Stigmatization is also behind the “not-in-my-backyard” reactions that new treatment centers opening their doors often encounter from local business owners and residents, whose first inclination is to associate the next-door neighbors in treatment with crime, disorder and a fall in real estate values or business. Often, however, the real data gives a different perspective. Violent crime is less prevalent around drug treatment centers than around liquor stores, for instance, according to recent findings in the Journal of Studies on Alcohol and Drugs. In other words, an addiction treatment center is actually better for public safety than your friendly, local package store.

Breaking the stigma of addiction is thus directly related to greater public awareness about the benefits of treatment and recovery, via national initiatives to celebrate and promote recovery. A timely case in point is National Recovery Month, SAMHSA’s annual initiative every September to increase awareness and understanding of mental and substance use disorders and celebrate people in recovery. Such celebrations are breaking the stigma of addiction, and, in turn, helping more Americans access much-needed treatment.

And, when it comes to the benefits of recovery, these extend beyond individuals in treatment and their families. Here are just two examples: