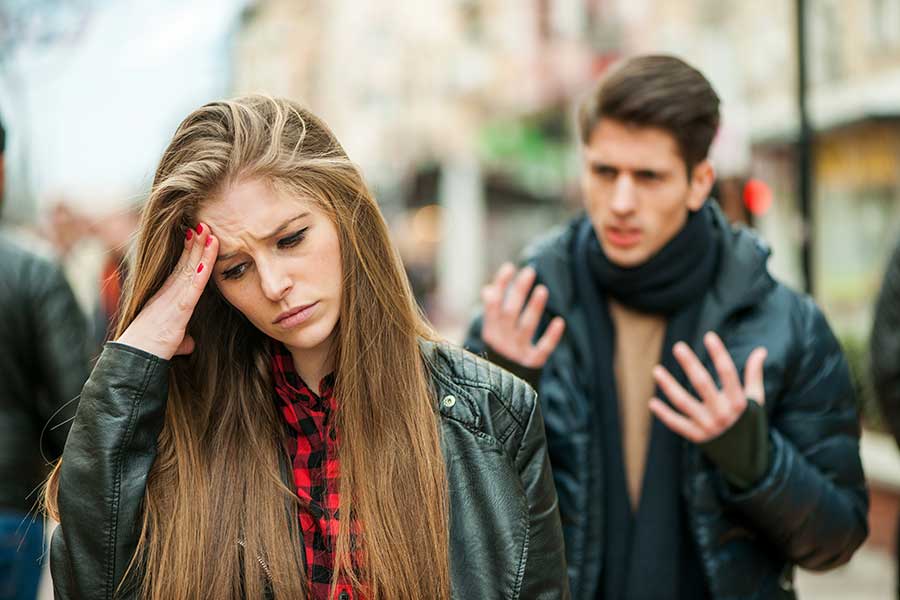 The “reform school” approach to romance is a disaster waiting to happen. It’s one thing if you’re already married to the person with the addiction—which commits you to dealing with the matter as a family problem—but if you’re still in the “falling in love” stage, don’t let yourself convince yourself the other party will sober up under your positive influence.

Sometimes, though, it’s not easy to judge whether your romantic interest’s “social” drinking could end up dominating both your lives—especially if you’re starry-eyed over the person’s better qualities. It doesn’t help that at least one in three people with addiction are “high-functioning”—able to maintain “ordinary” appearances under most circumstances, convincing themselves and others they couldn’t be addicted because they don’t look like “addicts.”

So here are a few danger signals to watch for. If a new romantic interest displays any of these qualities, pursuing the relationship further is an invitation to serious trouble.

While this doesn’t necessarily mean actual addiction, breaking the law indicates an “I do what I want when I want to” attitude that could lead to addiction, or other serious problems, down the road. (If you’re college age or younger, remember that illegal drug use includes buying alcohol, or drinking it under most circumstances, when under age 21.)

YOUR FRIEND ALWAYS FINDS AN EXCUSE TO DRINK

Anyone who gets “high” on a weekly basis is on the fast road to addiction—but having unusually high tolerance for intoxicating substances is just as dangerous. Such tolerance indicates the physical system is already used to greater-than-average chemical intake—and that the body is as good as addicted already. (The same principle applies if someone takes unusually large doses of prescription medication.)

You probably know that most prescription-medication instructions mention “what to do if you forget a dose”: no one always manages to stay on schedule every single day, and that fact shouldn’t be a huge deal. People who become near-hysterical if they leave their medicine bottles at home, or if they are asked to work late and delay their usual evening cocktail, are psychologically dependent on the drug to feel “normal,” and terrified over what might happen if the supply is cut off. Sometimes they have cause to be afraid: genuine addiction can cause seriously unpleasant symptoms within hours of missing a dose.

YOUR FRIEND IS OFTEN “SICK” OR ABSENT WITHOUT CLEAR EXPLANATION

Even “high functioning” addicts have more non-functional days than their all-other-things-equal peers. Especially if someone is routinely evasive over exactly what he was sick with or why he forgot your date, he probably is trying to put a respectable front over hangovers and foggy-headedness.

YOUR FRIEND HAS BEEN DRINKING IN ADVANCE OF YOUR PLANS TOGETHER

Beware also of those who do show up on schedule but already have strange odors on their breath or seem a touch tipsy. Most people enjoy their first glass of wine after the evening’s plans are comfortably underway: someone who can’t wait that long is signaling all too clearly what her first love is.

YOUR FRIEND PRESSURES YOU TO “HAVE SOME” (OR MORE) YOURSELF, OR GETS DEFENSIVE AT THE SLIGHTEST “EASE UP” SUGGESTION

People like this sense deep down that they have a problem and are trying to salve their consciences by getting others on their side.

One more thing. Many people end up in unadvisable relationships because of the attitude, “I know he/she isn’t a great catch, but anything’s better than being alone.” Wrong: a long-term relationship with an addiction disorder involved is much worse than no relationship at all. Hold on to your self-respect, get involved in other things you feel passionate about, and you’ll have a far better chance of meeting the right person.